What Is Gaslighting in a Relationship?

What Is Gaslighting in a Relationship?

You’re probably familiar with the term gaslighting—but what is it exactly? Simply put, it’s a manipulative tactic used to shift the power dynamic in a healthy relationship such that one person has complete control over the other.
At its heart, gaslighting is emotional abuse,” explains Bergen. “It’s a tactic one partner uses in an effort to exert power over, gain control over, and inflict emotional damage on the other.” Gaslighting is such a malicious form of emotional abuse because it causes you to question your experiences, so it can be difficult to identify the warning signs.”

They Persistently and Blatantly Lie to You
According to Bergen, “Their lies are designed to be manipulative for control.” If you think your partner may be gaslighting you, Bergen suggests asking yourself questions such as Does my partner consistently make me question my thoughts and experience of things? Do I catch them in lies?
They Make You Feel Insecure by Breaking You Down.
In order to gain control and power, a gaslighter will harp on the gaslighted’s insecurities. To help determine if your partner is breaking you down, Bergen suggests asking yourself, Is this person saying things that are designed to make me feel bad? Is the level of criticism pervasive in that sense of they’re going at the same thing consistently?

They Try to Alienate You From People Who Care About You

“They do this because they want to control the narrative,” Bergen explains. “They want to separate these relationships, so they’ll cause conflict.”
They Lie About Saying Something When You Have Proof.
Gaslighting is all about making the victim question their reality and sanity. Often, a gaslighter will deny saying or doing something and treat the victim as if they are crazy. Sometimes referred to as “countering,” the gaslighter will question the victim’s memory of an event, will deny it ever happened, or will pretend to forget what actually happened, even if you have proof. They’ll either discount or twist the reality of your evidence.

Examples of Gaslighting in Relationships

Use of “Love” as a Defense

If someone says, “You know I only do it because I love you,” or, “Believe me, this is for the best,” when doing something you perceive as abusive, controlling, or wrong, they are probably gaslighting you. Gaslighters might use love as a defense for their actions and suggest that you don’t love them equally if you don’t agree with what they say or do. For example, the gaslighter might sabotage opportunities (jobs, friendships) for you in order to control you, then justify it by saying they were concerned or that they did it because they care about you.

Accusations of Paranoia
One of the most common tactics of gaslighters is accusing their victim of paranoia.2 This often happens when a romantic partner is cheating. Gaslighters will deflect the problem onto their partner instead of taking responsibility for their own bad behavior. They’ll say things like, “You really think I would cheat on you? You’re just insecure,” or, “Why are you so paranoid? You know I would never do that.” The gaslighter will accuse the victim of being overly sensitive and jealous in hopes that they will no longer trust their instincts or observations.

A gaslighter may use verbal abuse to wear their victim down in an attempt to keep them stuck in the relationship. They may use constant insults or comments like, “You know you’ll never get anyone better than me,” or, “You’re terrible with money. That’s why I have to control the finances.” They want to make you believe you’re unlovable or useless without them and therefore must stay in the relationship. Other insults, like calling you “dramatic,” “hysterical,” “ungrateful,” or “crazy” are meant to make you question your sanity.

No comments to show. 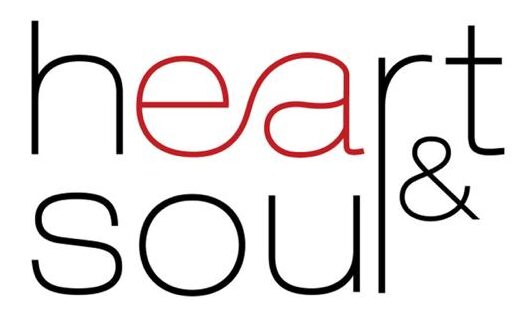 A unique space where we FIRST help you to SEEK your-self; yes seek, for you never really were lost in the first place. Once you truly seek your-self, a partner now becomes a joy instead of a complication.